January 1, 2022 – March 31, 2022
CRL this year will commemorate and celebrate the 20th anniversary of our founding in 2002. You will see us look back on some past successes, but more importantly, you will hear how we plan to boldly move ahead into the future to create financial fairness, end predatory lending, and close the racial wealth gap.

Highlights from our first quarter 2022 efforts include:

Transparency and Protection for Consumers from Buy Now Pay Later Loan Abuses
CRL president Mike Calhoun authored an op-ed in American Banker in January calling on regulators to prevent Buy Now Pay Later fintech firms from predatory and abusive practices that could plunge vulnerable consumers – including Black, Latino, military, and essential and early-career workers – deeper into debt for the sake of “convenience.”

"Buy now/pay later products claim to offer consumers a risk-free way to boost their buying power, and maybe build credit and help others in the process."

Pushing to Reform IDRs, ISAs, and Student Debt Forgiveness
We livestreamed a Cancel Student Debt rally with our coalition partners on Facebook in mid-January and issued a statement with the National Consumer Law Center in response to the announcement that Navient, one of the largest student loan servicers in the country, reached a $1.85 billion settlement with 39 states because of predatory student loan practices.

In March, we released an analysis of government income data which shows cancelling student debt is not regressive, but progressive, providing the most benefit for lower-wealth students, including minority students.

Every discussion about closing the racial wealth gap should include the call to cancel student debt.

Predatory Lending
In late February, our Faith and Credit Roundtable held a pray-in with interfaith leaders who urged policy makers to end predatory lending, based on biblical admonitions in Proverbs (22:22) against unfair lending practices that exploit the poor. Also, predatory puppy, auto, and retail loans with outrageous interest rates of up to 189 percent APR. These predatory lenders often engage in rent-a-bank schemes that allow them to use a local lender to avoid interest rate caps in states with consumer-friendly lending laws.

In January, we issued a briefing paper to amplify for consumer advocates and policymakers a precedent-setting ruling handed down by the California Court of Appeals at the end of 2021 that halted a CA bail bond company, Bad Boys Bail Bonds, from collecting on $38 million in debt from co-signers who borrowed money to gain pre-trial release for their loved ones.

We also provided technical assistance to support initiatives, including public polling, that showed support for consumer protections and caps on payday lending interest rates in MI, RI and other states. 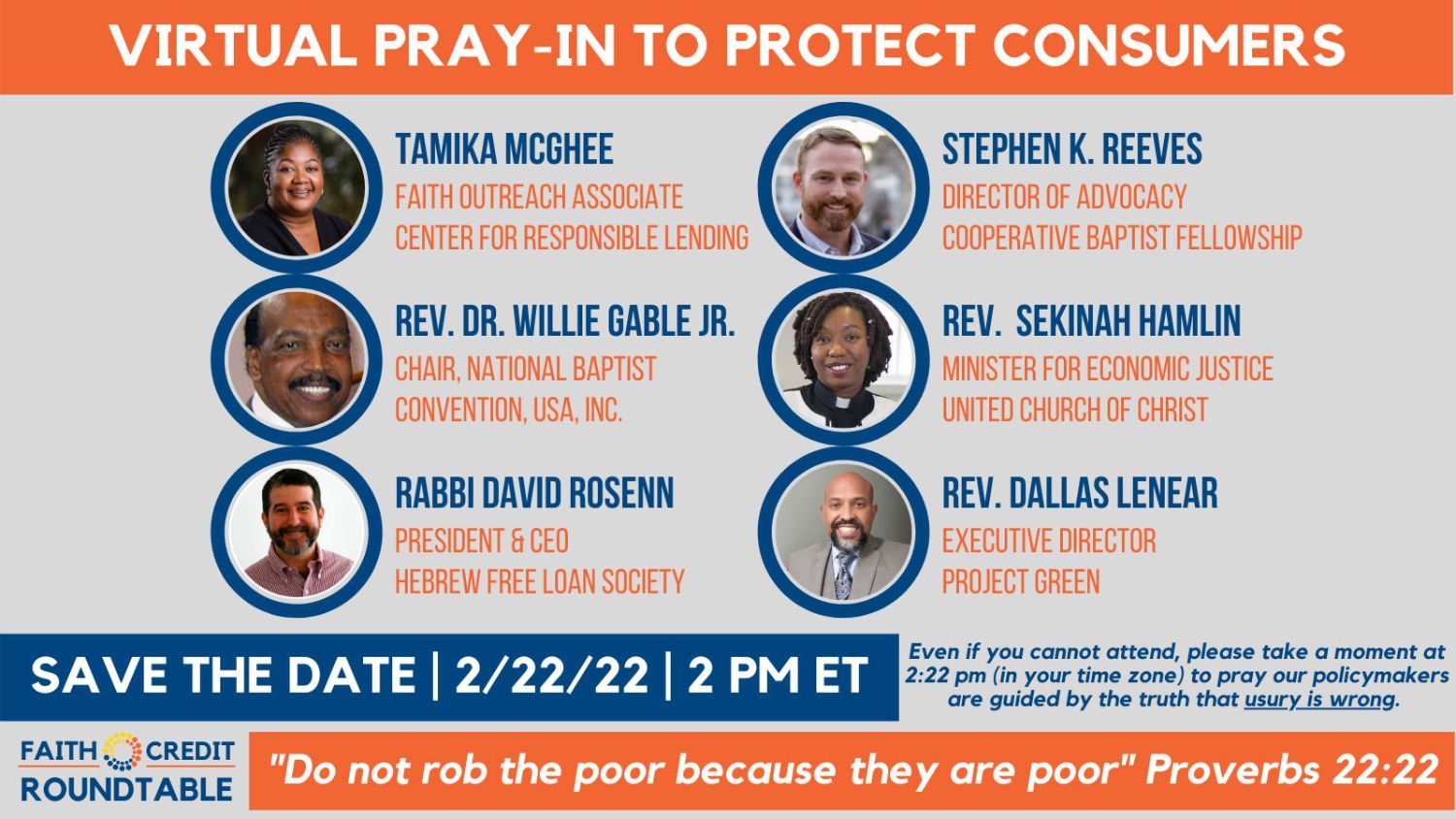 Continued Progress on Limiting Bank Overdraft/NSF Fees
Our president and issue team leaders provided media responses on the announcements that prominent lenders, including Bank of America, Citigroup, Truist and Wells Fargo, agreed to eliminate or substantially reduce fees for consumers who overdraft their banking accounts. We estimate that the savings from these fee eliminations will be between $3 billion to $4 billion for working families.

Small Business Lending
In February, CRL joined with more than 50 community development, civil rights, and small business groups to urge fair treatment for more than 400,000 small and microbusinesses – most owned by self-employed women and minorities, or with fewer than 10 employees – seeking repayment forgiveness after receiving PPP loans of $25,000 or less from the Small Business Administration. Many of these businesses were unfairly denied loan forgiveness due to confusing rules and inadequate guidance from lenders. This is especially harmful to people of color, given that 90 percent of all Black, Latino, and immigrant-owned businesses are microbusinesses.

The Center for Responsible Lending (CRL) and a coalition of 51 small business advocates submitted a letter to Congress today calling for fair treatment for microbusinesses seeking forgiveness of Paycheck Protection Program (PPP) loans.

You May Have Heard...
FYI, after voluntarily recognizing our employees’ chosen union representative, CRL leadership is fully engaged in good faith negotiations to reach a collective bargaining agreement, in a manner that honors the letter and spirit of the laws that protect workers. Together, we will continue to work to promote financial fairness and economic opportunity for all. We will update you if there are major developments in this process.

What Are CRLers Reading and Listening to?
We’ve shared the following resources with each other to extend our knowledge on issues of economic justice:

Stay in Contact
Thank you again for your support of CRL.  We could not do this work without you.

Please feel free to reach out to CRLPhilanthropy@responsiblelending.org if you have any questions, comments, or concerns. We would love to hear from you.